Praised for her “silvery, ethereal-sounding Sophie” by Opera magazine and “lovely vocal delicacy” in The Telegraph, Madison Leonard earned across-the-board rave reviews for her international debut in the summer of 2021 in Der Rosenkavalier at Garsington Opera. In the 2021-22 season, she returns to Austin Opera and makes her debut with the Lyric Opera of Kansas City as Chrisann Brennan in The [R]evolution of Steve Jobs. She also sings excerpts of the title role of Lucia di Lammermoor in concert with the Sacramento Philharmonic and joins Utah Opera as Mabel in the Pirates of Penzance. Coming seasons she her debut in a beloved bel canto role with Dallas Opera and a role debut in another return to Austin Opera. Last season, in addition to her role and company debut as Sophie in Der Rosenkavalier at Garsington Opera, she returned to Seattle Opera as Adina in a filmed version of L’elisir d’amore. Her debut with Dallas Opera as Susanna in Le nozze di Figaro and her first performances of Marzelline in Fidelio with North Carolina Opera fell prey to the COVID-19 pandemic, as did her first Pamina in Die Zauberflöte with North Carolina Opera and the title role of Emmeline with Tulsa Opera in the season prior.

Ms. Leonard recently made her role debut as Gilda  in Rigoletto with Seattle Opera and returned to the role with with Austin Opera; her performance later was named one of the Top Ten Joys in Dance and Classical Music by the Austin Chronicle. She began her close relationship with Seattle Opera, having first joined the company as Chrisann Brennan in Bates’ The [R]evolution of Steve Jobs for her debut and then as Frasquita in Carmen.

She returned to Wolf Trap Opera for two role debuts: Ilia in Idomeneo and Juliette in Roméo et Juliette following previous performances as Madeline in Glass’ The Fall of the House of Usher and the Daughter in Glass’ The Juniper Tree. She is a former Cafritz Young Artist of Washington National Opera, at which she sang Morgana in Alcina, the High Priestess in Aida, the Rose in Portman’s The Little Prince, and Little Zegner Sister in Mazzoli’s Proving Up. Other recent highlights for the soprano include Susanna in Le nozze di Figaro and Rosina in Il barbiere di Siviglia with Inland Northwest Opera, Adele in Die Fledermaus with Opera Idaho, and Susanna in Le nozze di Figaro with Amarillo Opera.

On the concert stage, she has twice joined the National Symphony Orchestra: her debut with Gianandrea Noseda conducting Stravinsky’s Pulcinella as part of the SHIFT Festival followed by an immediate return soloist in Vaughan William’s Symphony No. 3 (A Pastoral Symphony) under the baton of Sir Mark Elder. She is a frequent guest of the Florida Orchestra and has joined institution for Orff’s Carmina Burana, Haydn’s Creation, further performances of Stravinsky’s Pulcinella, and a concert of opera favorites. She sang her first performances Fauré’s Requiem with the Apollo Orchestra in Washington, D.C., joined the New York Festival of Song for a program of music from the British Isles at Caramoor and Merkin Hall in New York City, and offered a solo recital at Washington Adventist University.

Ms. Leonard is a 2018 winner of the Metropolitan National Council Auditions, at which she sang arias from Rigoletto and Hänsel und Gretel with Bertrand de Billy conducting. She is a previous first place winner of the Houston Grand Opera Eleanor McCollum Competition. Additionally, she received the Women’s Voice Fellowship from the Luminarts Cultural Foundation and scholarships from the Lynn Harvey Foundation and the Musicians Club of Women. The soprano earned her Master of Music degree from Northwestern University and her Bachelor of Arts from Pepperdine University. She is a former participant of the Merola Opera Program in association with San Francisco Opera at which she sang Monica in Menotti’s The Medium and a former young artist of Des Moines Metro Opera. 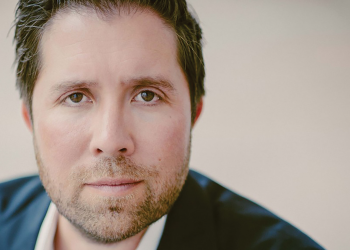