Award winning Tenor, Salvatore Atti, and alumni of San Francisco’s prestigious Merola Opera program is delighted to be joining Sacramento Philharmonic and Opera once again.  While in San Francisco Mr. Atti performed in the Schwabacher summer concert series and the grand finale, singing Edgardo in Lucia di lammermoor and Leicester in Maria Stuarda.  One review read that “the voices soared…it was a gut wrenching and magnificent experience demonstrating the expressive and musical gifts of opera”.

Mr. Atti performed with Cincinnati Opera in the workshop performance of Blind Injustice as the principal role of defense attorney.  He also participated in the workshop performance of If I Were You written by Jake Heggie, singing the role of Fabian with San Francisco Opera. Also performing excerpts for Opera America. Mr. Atti has performed with West Bay Opera, New Rochelle Opera, Berkeley Chamber Opera, and Boston Opera collaborative, and was a serving board member primarily focused on education.  Mr. Atti studied at Cincinnati College Conservatory of Music where he performed Peter Quint in “Turn of the Screw” and Tito in “La Clemenza di Tito”.

He received his Bachelor and Master’s degrees from the Boston Conservatory.  Mr. Atti has performed internationally in Sweden, the United Kingdom, and Italy.  He had the honor of participating in Verdi’s bicentennial celebration during which he sang Alfredo in La Traviata at the Verdi opera house in Busseto, Italy.  Mr. Atti can be followed at www.salvatoreatti.com 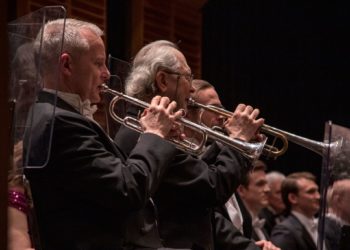