Baritone Steven LaBrie, a native of Dallas, Texas, is attracting attention for his beautiful timbre, expressive singing and dramatic presence. Mr. LaBrie’s 2017-2018 season features debuts with Sarasota Opera as Escamillo in Carmen and Florida Grand Opera as Riolobo in Florencia en el Amazonas as well as a return to the San Antonio Symphony for performances of Elijah.

Mr. LaBrie’s 2016-2017 season included performances of Figaro in Il Barbiere di Siviglia with Opera Hong Kong, Marcello in La Bohème with Opera Omaha, and the Count in Le Nozze di Figaro with North Carolina Opera. In concert, he was heard in Carmina Burana with the San Antonio Symphony and Brahms’s Requiem with the Tulsa Symphony.

Prior to that, Mr. LaBrie made his debut at Lyric Opera Baltimore as Figaro in their production of Il Barbiere di Siviglia. He also appeared with soprano Erin Wall in recital for the George London Foundation Recital Series, with the New York City Ballet singing the baritone solos of Estancia both in New York City and on tour in Paris, and made his Carnegie Hall debut as the soloist in Matthias Pintscher’s Songs from Solomon’s Garden with the American Composers Orchestra.

Mr. LaBrie has received numerous awards and honors including a 2016 Top Prize Award and a 2013 Encouragement Grant from the George London Music Foundation, Second Place from the Gerda Lissner International Vocal Competition as well as the Judges Award with the Opera Index Competition. In 2010, he was an encouragement award winner in Washington, DC for the Metropolitan Opera National Council. He was also awarded First Place in the Dallas Opera Guild Vocal Competition and Second Place in the Palm Beach Opera Competition in 2008, where he performed in the grand winner’s concert accompanied by the Palm Beach Opera Orchestra. That same year, he was awarded Second Place at the Parkinson Competition and was a recipient of the Sergio Franchi Scholarship. In 2006, Mr. LaBrie was a Third Place winner of the Dallas Opera Vocal Competition, where he was also awarded The Mozart Award for best aria interpretation. Additionally, he has been awarded the Grand Prize at the Florida Grand Opera Young Patronesses of the Opera Competition, Fourth Prize at both the Licia Albanese Puccini Foundation Competition and the Giulio Gari Foundation Competition and recently the 2015 Gilda Morelli Prize for Best Vocal and Dramatic Interpretation of an Aria at the Concurso Nacional de Canto Carlo Morelli in Mexico City, which was especially chosen by Francisco Araiza. 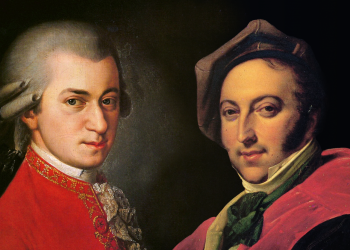