Joo Won Kang, South Korean baritone, made his Metropolitan Opera debut this season as Marcello in La Boheme. He also appeared in the company’s new production of Don Carlos.

Mr Kang has appeared in leading roles,such as Figaro in The Barber of Seville, Germont in La Traviata, Papageno in The Magic Flute, Dandini in La Cenerentola, Sharpless in Madama Butterfly, the title role in Eugene Onegin and Ping in Turandot in opera companies throughout the US, including San Francisco Opera, Seattle Opera, Opera Theatre of St. Louis, Arizona Opera, Wolf Trap Opera and Utah Opera. He sang the role of Chou En-lai in John Adams’ Nixon in China with the Los Angeles Philharmonic, conducted by the composer, and he made his New York City Opera debut as Manfredo in L’Amore dei Tre Re. At the Wexford Festival, he sang the leading baritone roles in 2 rare operas, Donizetti’s Maria de Rudenz and Leoni’s L’Oracolo, as well as appearing there in recital. 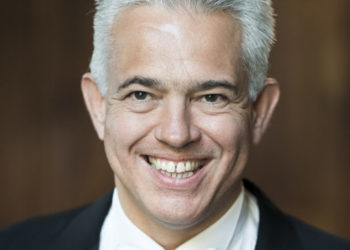