An esteemed chamber musician, Margaret was a longtime participant at the Marlboro Music Festival and often performed on tour with Music From Marlboro. She has appeared at the Minnesota Orchestra and La Jolla summerfests; the Sarasota and Vancouver Chamber music festivals; and the Naples and Cremona festivals in Italy. As a member of theQuartetto Accardo from 1984–2000, Margaret performed with Maurizio Pollini at the Salzburg Festival, and at La Scala, Carnegie Hall and London’s Queen Elizabeth Hall.

Margaret Batjer is a graduate of the Curtis Institute of Music where she studied with Ivan Galamian and David Cerone. She joined the faculty of the USC Thornton School of Music in 2005 and also serves on the faculty at the Colburn Music Academy. She resides in Los Angeles with her husband, composer Joel McNeely, their two children, Joshua and Claire, and their dog, Bailey. 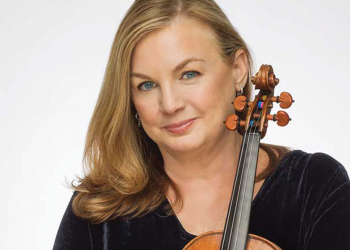