Born in 1987 into a family of artists from Switzerland and China, Louis Schwizgebel is an insightful and poetic musician whose pianism is steeped in imagination, rich in color, and suffused with lyricism, clarity, and refinement. Lauded by The New York Times as “an insightful musician and a genuine virtuoso” and “a spirited young genius with real depth” by Fono Forum, he has recently appeared at the Bavarian Radio Symphony, Utah Symphony, Frankfurt Radio Symphony, Bern Symphony, Omaha Symphony, Sacramento Philharmonic, and Tasmanian Symphony.

In 2014, he made an electrifying debut at BBC Proms, performing Prokofiev Piano Concerto No. 1 on live television and in 2018 delivered another equally brilliant, televised performance of Gershwin Rhapsody in Blue at the Festival de Radio France.

Schwizgebel’s latest recording on the Aparté label features Schubert Sonatas D. 845 and D. 958, which Le Figaro praised as an “album of extraordinary precision.”

Previous releases include Saint-Saëns Piano Concertos Nos. 2 and 5 with the BBC Symphony Orchestra, described as “gorgeously singing and wonderfully delicate” by BBC Music Magazine, and his recording of Beethoven Piano Concertos Nos. 1 and 2 with the London Philharmonic Orchestra was hailed by Gramophone as a “beautifully nuanced account.”

Schwizgebel studied with Brigitte Meyer in Lausanne and Pascal Devoyon in Berlin, and then later at the Juilliard School with Emanuel Ax and Robert McDonald. He then attended the Royal Academy of Music, in London, where he worked with Pascal Nemirovski. At seventeen, he won the Geneva International Music Competition and, two years later, the Young Concert Artists International Auditions in New York. At the 2012 Leeds International Piano Competition, he was awarded second prize and in 2013 he was named a BBC New Generation Artist, setting his burgeoning career on a new trajectory. 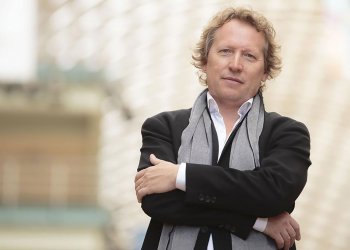