Lidiya Yankovskaya is a fiercely committed advocate for Russian masterpieces, operatic rarities, and contemporary works on the leading edge of classical music. She has conducted more than 40 world premieres, including 16 operas, and her strength as a visionary collaborator has guided new perspectives on staged and symphonic repertoire from Carmen and Queen of Spades to Price and Prokofiev. Her daring performances before and amid the pandemic earned recognition from the Chicago Tribune, which praised her as “the very model of how to survive adversity, and also how to thrive in it,” while naming her 2020 Chicagoan of the Year.

Ms. Yankovskaya is Founder and Artistic Director of the Refugee Orchestra Project, which proclaims the cultural and societal relevance of refugees through music, and has brought that message to hundreds of thousands of listeners around the world. In addition to a National Sawdust residency in Brooklyn, ROP has performed in London, Boston, Washington, D.C., and the United Nations. She has also served as Artistic Director of the Boston New Music Festival and Juventas New Music Ensemble, which was the recipient of multiple NEA grants and National Opera Association Awards under her leadership.

Ms. Yankovskaya’s belief in the importance of mentorship has fueled the establishment of Chicago Opera Theater’s Vanguard Initiative, an investment in new opera that includes a two-year residency for emerging opera composers. Committed to developing the next generation of artistic leadership, she also volunteers with Turn The Spotlight, a mentorship program dedicated to identifying, nurturing, and empowering leaders – and in turn, to illuminating the path to a more equitable future in the arts.

An alumna of the Dallas Opera’s Hart Institute for Women Conductors and the Taki Alsop Conducting Fellowship, Ms. Yankovskaya is the proud recipient of Solti Foundation U.S. Career Assistance Awards in 2018 and 2021. She has been a featured speaker at the League of American Orchestras and Opera America conferences, and served as U.S. Representative to the 2018 World Opera Forum in Madrid. 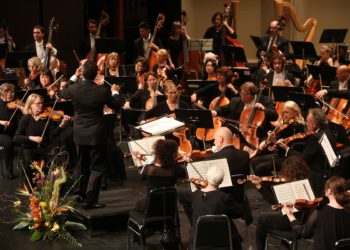