Douglas was a founder member and principal oboist of the Chamber Orchestra of Europe until 2002 when he stopped playing to concentrate on conducting.  He has also conducted them on several occasions.

Further afield he has conducted the Nagoya Symphony Orchestra in Japan, Hong Kong Philharmonic and with many of the symphony orchestras in Australia including a complete cycle of Beethoven Symphonies with the Melbourne Symphony, returning for the complete Beethoven Piano Concertos with Paul Lewis.

His regular North American appearances have included concerts with the St Paul Chamber Orchestra, Baltimore, Colorado, Dallas, Detroit, Indianapolis, Pacific and Seattle Symphony Orchestras.  In Canada he has appeared with the Toronto Symphony Orchestra and National Arts Orchestra in Ottawa.

Douglas Boyd’s recording of the Bach Concerti for DG marked his recording debut as director/soloist and he has since gone on to build an extensive discography.  His recordings as a conductor with Manchester Camerata of the complete Beethoven Symphonies and Mahler Symphony No 4 (on Avie) and Das Lied von der Erde have received universal critical acclaim. He has also recorded Schubert Symphonies with the St Paul Chamber Orchestra on their own label as well as several recordings with Musikkollegium Winterthur. 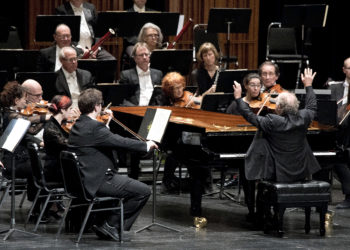