Michael Christie is a thoughtfully innovative conductor, equally at home in the symphonic and opera worlds, who is focused on making the audience experience at his performances entertaining, enlightening, and enriching. Christie began his tenure as the first-ever Music Director of the Minnesota Opera with the 2012-2013 season.

In 2011, Christie led the Minnesota Opera in the world premiere of Kevin Puts’Silent Night, which was awarded the Pulitzer Prize for Music. Christie’s nearly 20-year conducting career has included serving as Music Director of the Phoenix Symphony and Brooklyn Philharmonic and as Chief Conductor of the Queensland Orchestra in Australia, as well as guest appearances leading top orchestras around the world.

Christie also served as Music Director of the Colorado Music Festival from 2000-2013. Michael Christie first came to international attention in 1995 when he was awarded a special prize for Outstanding Potential at the First International Sibelius Conductors’ Competition in Helsinki. Following the competition, he was invited to become an apprentice conductor with the Chicago Symphony Orchestra where he subsequently worked with Daniel Barenboim as well as at the Berlin State Opera.

Christie holds a bachelors degree in trumpet from the Oberlin College Conservatory of Music. He lives in the Twin Cities with his wife, Alexis, a physician, and their two children. 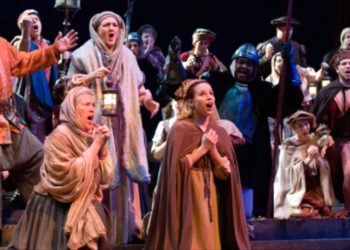