Lauded for his “…consistent, attractive baritone” (Opera News), Wisconsin-born baritone Tim Murray sings Count Almaviva in Le nozze di Figaro at The Academy of Vocal Arts in Philadelphia this season before joining San Francisco Opera as a member of the prestigious Adler Fellowship Program. As a participant of the 2019 Merola Opera Program, he performed the role of Paul in the world premiere of Jake Heggie and Gene Scheer’s opera, If I Were You, and finished out the summer on the War Memorial Opera House stage singing the title role in a scene from Thomas’ Hamlet as part of the Merola Grand Finale.

Last season, Mr. Murray performed as William Dale in Silent Night with Arizona Opera, both Mercutio in Roméo et Juliette and the Huntsman in Rusalka with The Academy of Vocal Arts, and the Trio in Trouble in Tahiti with the Lexington Philharmonic. Mr. Murray also premiered an arrangement of Debussy’s Trois ballades de Françon Villon with the internationally renowned Pacifica Quartet at the Aspen Musical Festival 2018. A recent graduate of the Resident Artist Program with the Lyric Opera of Kansas City, Mr. Murray covered the title roles in Eugene Onegin and Il barbiere di Siviglia and performed Zaretsky/The Captain in Eugene Onegin, Guy Cotter in Everest, and Marullo in Rigoletto.

Mr. Murray’s 2016-2017 season included a return to the Oratorio Society of New York to cover the baritone soloist in Britten’s War Requiem, Silvio in I pagliacci with Cedar Rapids Opera, Dandini in La Cenerentola with ARE Opera, NYC, and Moralés in Carmen and Ananias in Britten’s The Burning Fiery Furnace with Central City Opera as a member of the Apprentice Artist program.

Recently, Tim made his New Jersey Symphony debut as the baritone soloist in Berlioz’s Lélio under the baton of Jacques Lacombe and his debut with the Oratorio Society of New York as Pater Ecstaticus in Mahler’s 8th Symphony. While a student at Manhattan School of Music, Mr. Murray performed Le Vicomte de Valmont in The Dangerous Liaisons – the opera based on the notorious book and film. Tim is thrilled to have recorded the role for the first complete album of this opera with Albany Records. He has also performed Leporello in Don Giovanni at Manhattan School of Music, Harlekin in Ariadne auf Naxos with Twin Cities Fringe Opera, and Leporello in Don Giovanni, Peter Quince in A Midsummer Night’s Dream, and was the baritone soloist in the Fauré Requiem, at the University of Minnesota. Tim also had the pleasure of working with Minnesota Opera during his undergraduate studies as both a member of the chorus (Die Zauberflöte, Manon Lescaut, Hamlet) and as a performer for their elementary school outreach program; an opportunity in which performance is paired with interactive teaching to bring opera into elementary schools throughout rural Minnesota. 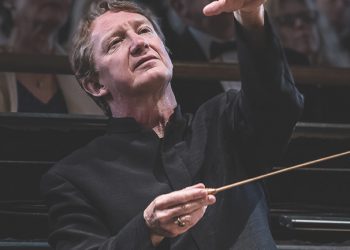 Music of the Spirit