Skip to content
Kathy made her Broadway debut in the original cast of the OKLAHOMA! revival, starring Andrea Martin and Patrick Wilson, and then was in the Tony Award-winning NINE starring Antonio Banderas and Chita Rivera.  She originated the role of Ariadne in Stephen Sondheim’s THE FROGS opposite Nathan Lane at Lincoln Center. She also appearedo. Broadway in THE PIRATE QUEEN, the Pulitzer Prize-winning NEXT TO NORMAL, the original cast of TUCK EVERLASTING, and the 2014 Tony Award-winner for best musical,  A GENTLEMEN’S GUIDE TO LOVE AND MURDER.
Kathy toured the United States as Christine in THE PHANTOM OF THE OPERA, and as Eva Peron in the 25th anniversary tour of EVITA. She is often a soloist in DO YOU HEAR THE PEOPLE SING?-the dream concert by Boublil and Schönberg alongside Lea Salonga and Terence Mann on its international tour, and she was a soloist across the country in THE MUSIC OF ANDREW LLOYD WEBBER.
Kathy sang at Carnegie Hall in Oscar Hammerstein & Jerome Kern’s SHOWBOAT, and in the live concert recording of KRISTINA, by Benny Andersson and Bjorn Ulvaeus. The company then reprised the concert live at the Royal Albert Hall in London.
In addition to being featured as a soloist with symphonies across the United States, Mexico, and Canada, Kathy has portrayed Clara in PASSION, Fantine in LES MISERABLES, Fiona in BRIGADOON, and Polly in CRAZY FOR YOU (Joseph Jefferson Award for Best Actress in a Musical) and she just received her second Jeff Award for her portrayal of Francesca in The Bridges of Madison County.
She received a BFA in Music/Theatre from Shenandoah Conservatory and grew up in lovely Johnstown, PA. She is married to Broadway and opera singer John Cudia, and they are the proud parents of Alena and Evelyn. 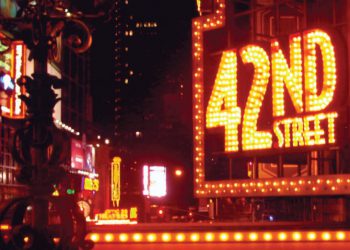