A renaissance man and a magnetic creative force, Dmitry Sitkovetsky has made a considerable impact on every aspect of musical life and has been successful as a performer, creator and facilitator for over four decades. His enviable career as a violin soloist is documented in several dozen recordings of all major concertos and a wide selection of chamber repertoire. Among the recent releases are the complete Mozart Violin Sonatas with Antonio Pappano and Konstantin Lifschitz (Hänssler Classic) and Dutilleux’s L’Arbre des Songes with the Concertgebouw Orchestra and Mariss Jansons (Concertgebouw Live).

Mr. Sitkovetsky’s name is inextricably linked to the iconic Goldberg Variations, which he has transcribed for string trio and string orchestra. This work has taken on a life of its own, enjoying regular performances and acclaimed recordings by the world’s best musicians. Inspired by its unqualified success, Mr. Sitkovetsky went on to arrange over 50 works by Haydn, Beethoven, Brahms, Bartók, Tchaikovsky, Shostakovich, Stravinsky, and Schnittke. Since 2013, thousands have enjoyed the Medici broadcast of his arrangement of the Chopin Preludes, commissioned by the Verbier Festival for its 20th anniversary and performed by Yuri Bashmet, Leonidas Kavakos, Martin Frost, Mikhail Pletnev and other stars. Earlier this season, Mr. Sitkovetsky unveiled his transcription of Stravinsky’s Le baiser de la Fee, which was commissioned by the Orpheus Chamber Orchestra and premiered by Augustin Hadelich at Carnegie Hall, effectively adding a new violin concerto to Stravinsky’s legacy.

Driven by a desire to share the fascination of music and musicians with the widest possible audience, Mr. Sitkovetsky created a compelling series of 11 episodes for Russian national TV (Kultura) profiling the world’s most extraordinary musicians: Evgeny Kissin, Barbara Hendricks, Mischa Maisky, Bella Davidovich, Sir Neville Marriner, Yefim Bronfman, Gary Graffman, Sir Antonio Pappano, and others. Addressing them as a life-long friend and a musical collaborator, Mr. Sitkovetsky achieved unprecedented candour and intimacy in these conversations. The series has been picked up by Medici TV and will be available for worldwide streaming in 2016.

The same agenda of returning classical music into the realm of cultural relevance is at the heart of Mr. Sitkovetsky’s collaborations with star dancers, writers, and actors. Most recently, his work with the Emmy Awards © winner Peter Coyote on Copland’ Lincoln Portrait, Britten’s Young Person’s Guide to the Orchestra and Grieg’s Peer Gynt has generated keen interest in the United States.

Mr. Sitkovetsky enjoys mentoring outstanding young artists as a way of carrying the classical music legacy forward. Among the most meaningful initiatives of this kind is his recent collaboration with the SPHINX orchestra at the Festival del Sole in Napa Valley, and the Swiss National Youth Orchestra with performances at KKL Lucerne and in Basel.

As a conductor, Mr. Sitkovetsky has held artistic leadership positions with the Ulster Orchestra, the Russian State Orchestra, and Orquesta Sinfonica de Castilla y Leon. In 1990, he founded the New European Strings orchestra (NES), bringing together the most distinguished string players from the top European ensembles for special touring and recording projects, most recently at the Enescu Festival. As a guest conductor, Mr. Sitkovetsky recently collaborated with Orchestre Symphonique de Montreal, Moscow Philharmonic, Tokyo Metropolitan Orchestra, China Philharmonic, among others. He has been the Music Director of the Greensboro Symphony Orchestra in North Carolina since 2003.

Given his unique ability to turn any project into an extraordinary and highly anticipated artistic event, Mr. Sitkovetsky has been invited to create, develop and lead a number of festivals throughout his career, most notably the Korsholm Music Festival in Finland in the 1980’s, the Seattle International Music Festival and the Silk Route of Music Festival in Baku in the 1990’s, as well as the Festival del Sole in Tuscany, where his NES orchestra was in residence from 2003 to 2006.

Since the vitality of classical music relies on the immediate and active connection between the composer and the performer, Mr. Sitkovetsky has cultivated strong partnerships with Dutilleux, Penderecki, Schnittke, Pärt, Corigliano, Jakoulov and Rodion Shchedrin, who has written several works for him as conductor and violinist. His repertoire includes concertos composed for him by John Casken, Krzystof Meyer, and Nimrod Borenstein. 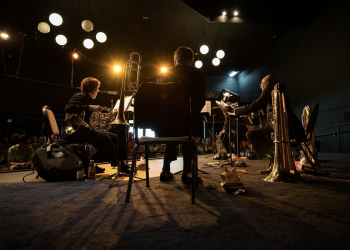