GRAMMY®-winning conductor David Alan Miller has established a reputation as one of the leading American conductors of his generation. Music director of the Albany Symphony since 1992, Miller has proven himself a creative and compelling orchestra builder. Through exploration of unusual repertoire, educational programming, community outreach and recording initiatives, he has reaffirmed the Albany Symphony’s reputation as the nation’s leading champion of American symphonic music and one of its most innovative orchestras. A native of Los Angeles, Miller holds a bachelor’s degree from the University of California, Berkeley and a master’s degree in orchestral conducting from The Juilliard School. From 1988 until 1992, he was associate conductor of the Los Angeles Philharmonic. From 1982 to 1988, he was music director of the New York Youth Symphony, earning considerable acclaim for his work with that ensemble. 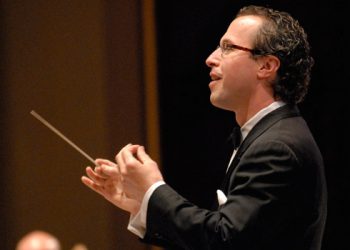