American baritone Chris Kenney, whose voice was called “lush” by Broadway World, is in his second and final year as a member of the Ryan Opera Center ensemble at the Lyric Opera of Chicago. In the 2019-2020 season, Mr. Kenney will debut with Michigan Opera Theatre as Silvio in I Pagliacci, and at Lyric, will sing Fiorello and cover Figaro in Il Barbiere di Siviglia, sing the Motorcycle Cop in Dead Man Walking, sing the Registrar and cover Prince Yamadori in Madama Butterfly, and cover Yeletsky in Pique Dame. On the orchestral stage, he will make his New York City concert debut singing Bach cantatas with the American Symphony Orchestra and Leonard Slatkin at Alice Tully Hall.

In the 2018-2019 season in Chicago, Chris Kenney appeared as the Master of Ceremonies in Cendrillon and the Marquis d’Obigny in La traviata. He also covered Schaunard in La bohème and the King in Cendrillon. Orchestral debuts included the Guide in Bernstein’s Wonderful Town with Ludovic Morlot and the Seattle Symphony, and Bob or the Thief in The Old Maid and the Thief with the Grant Park Music Festival. He also presented a series of songs with the Chicago Symphony Orchestra to celebrate the 100th Anniversary of the Armistice that ended World War I. 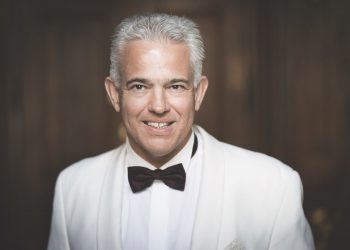